A Tribute to the life and service of Judith Pearson –

Given at the Presbytery of Aberdeen and Shetland on Saturday 19 June 2012, by the Rev Scott M Rennie, MInister at Queens Cross Church Aberdeen

Judith Pearson was from Grangemouth, and an only child. She concluded her education as an adolescent at Grangemouth High School where she was dux. Thereafter she progressed to Edinburgh University to study law, and this was followed by further study in London to gain a Master’s degree. She was never a practising solicitor, always an academic lawyer, first in Aberdeen, then Edinburgh, before coming back to Aberdeen.

She met her husband Roy when they were both volunteers with the Samaritans. They moved to Edinburgh, and Judith gained a post as lecturer in the law faculty at Edinburgh University. She and Roy were married in St Cuthbert’s Church at the west end of Princes Street in April 1978.  When Roy was offered a partnership in Aberdeen, they came back to the Granite City and Judith returned to teaching at the University here. Their daughter Zoe completed the family.

After Roy’s untimely death in the early 90’s, Judith carried on working for a time in the Law Faculty at University, where she was highly valued as a teacher, researcher, and colleague, who took particular care for younger members of staff. She retired from there in 2004, and at this point became heavily involved in the church.

She had always been a woman of deep faith from her teenage years. She was ordained to the eldership at Queen’s Cross, and was Session Clerk at Queen’s Cross from 2005 till 2011.

She was exactly exactly the right person at the time.  When the congregation had to deal with the controversy about Scott’s appointment Judith’s gifts came to the fore – her theological acumen, her irenic spirit and gracious manner.

Judith’s great gifts were recognised not only by this Presbytery as she served diligently in Presbytery and in particular on the Visitation and Oversight Committee, but also at national level when she became both Vice Convenor and the Convenor of the General Assembly’s Business Committee.  Judith also gave of her legal acumen on a number Judicial proceedings and cases for the national church.

People in the wider church came to appreciate what we in Aberdeen had known for a long time, that she was hugely gifted, highly intelligent and wholly committed to the cause of the kingdom.

The news of Judith’s death on 4th March 2021 caused a great many people to be sorrowful, but outside the family, it was perhaps felt particularly keenly by us in Queen’s Cross Church.  Judith apart from being a very dear friend to me and others, had also served as my pastoral assistant for the past several years. Her care and concern for the elderly members of the church were exemplary.

To be honest, it is very difficult today to convey just how greatly loved and appreciated Judith was by us all.  She was a very special person, one off I would say, uniquely talented and compassionate.

In her spare time, Judith was an enthusiastic golfer at Deeside Golf Club. She much enjoyed travelling, and had a memorable 60th birthday bash with friends in New York and Boston where she visited Harvard University and so was able to say, tongue in cheek, ‘I was at Harvard.’

Friendship and maintaining friendships was one of Judith’s great strengths. She made and kept lifelong friends from school and university.

In herself, Judith was simply wonderful.  She was clever, compassionate, caring, committed and kind. In her life and commitment to others, Judith demonstrated all the gifts of the spirit – love, joy, peace, patience, kindness, faithfulness, gentleness and self-control.

Judith is survived by her daughter Zoe whom she loved dearly and was very close to.  Our thoughts and prayers remain with Zoe and her husband Pete. 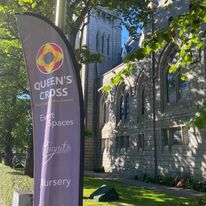 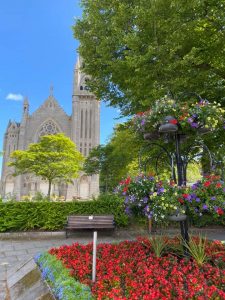 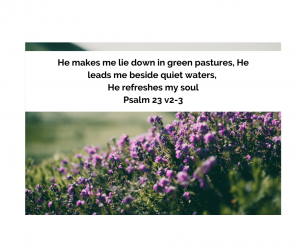 We thank Judith for her immense contribution to the work of Christ’s church and pray for Zoe and her husband Pete, at this difficult time.