Mr. Alan Morrison has been the Presbytery of Aberdeen and Shetland’s treasurer for ten and a half years and is retiring from this position as he is planning to leave Aberdeen.

He says, ‘I feel blessed to have had the opportunity to be involved, at church and Presbytery level, in the changing church scenario in Aberdeen over the past 55 years’.

Managing church finances has been a key feature of his church involvement since 1966 when he was elected onto the Congregational Board at John Knox’s church, Mounthooly. He served as treasurer here and also elder and Presbytery Elder. He moved to Beechgrove church in 1977 and as an elder he focused on finances and auditing and Church Treasurer. Beechgrove and St, Ninian Churches United to become Midstocket Parish Church in 2005 where Alan continued the role as treasurer.

Alan was elected onto Presbytery in Oct 2009 became the Presbytery treasurer from Jan 2011. He says, ‘I have thoroughly enjoyed my ten and a half years as Presbytery Treasurer and am so glad that Alan Sharp, the previous Treasurer, who had served in that position for 20 years, approached me to become his successor.  I have learned so much, as a member of the Business & Finance Committee, of how the local tier of governance of the Church of Scotland operates’. In 2016 Alan received a 50 year Long Service Certificate.

The highlights of his exceptional management of church finances include meeting the Moderator of the General Assembly of the Church of Scotland on their visits to Aberdeen. He says, ‘I have attended the General Assembly three times; at the last in 2015 it was my honour to be invited to be a Steward at the Communion Service that preceded the business on the Monday morning.  That would have to rank as a highlight’.

The Presbytery of Aberdeen and Shetland will be uniting with other local Presbyteries (Buchan; Gordon; Kincardine & Deeside; Moray and Orkney) by 2023 to form the Presbytery of the North East and Northern Isles.

He says, ‘Although I am retiring from Presbytery, and most likely leaving Aberdeen, I will be watching how the Presbytery Plan and the North East Presbyteries Reform work out, hopefully for the benefit of both churches and the Presbyteries.’ 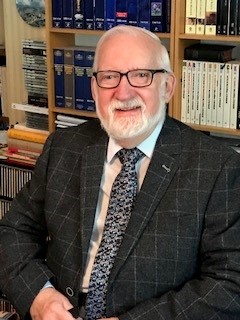 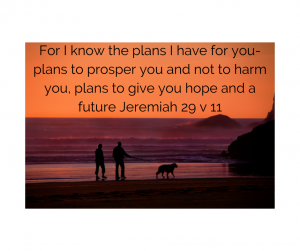 At a recent meeting of Presbytery, Alan for thanked for his tremendous service as Treasurer. We wish Alan every blessing as he moves onto new pastures and exciting new beginnings.

We are pleased to announce that the role of Presbytery treasurer will be taken up by William Anderson, elder and treasurer at Peterculter Parish Church.