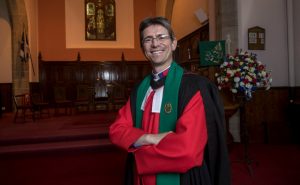 In December we mourned the loss of a great colleague and friend of the Presbytery of Aberdeen and Shetland. Rev. George Cowie was the former minister of Holburn Central Church from 1999 and in 2006 In 2006 it united with Ruthrieston South Church which became South Holburn Church. George died peacefully after a long illness in Glasgow.

While serving the congregation of South Holburn, George shared clerking duties at the former Presbytery of Aberdeen with Rev Dr John Ferguson who said he was privileged to call him a friend for 30 years.

“George was an outstanding parish minister who cared deeply for his people,” said Dr Ferguson, clerk to the Presbytery of Aberdeen and Shetland.

“He was a superb presbytery clerk and brought wisdom and clear thinking to the role”.

“George had a very sharp mind, a brilliant sense of humour and he showed deep compassion to others in so many ways”.

“He was a very good friend and I always knew that I could turn to him for sound advice and could rely on his strong support”.

“The Church has lost a true servant of Christ and our thoughts and prayers go out to his family at this very sad time.”

He was appointed a Chaplain-in-Ordinary to Her Majesty the Queen in 2017 during a service at South Holburn Church.

George played a pivotal role in establishing a partnership between the Presbytery of Aberdeen, the University of Aberdeen and Zomba Theological College in Malawi to provide additional training to ministers from the African country. It ensured that students no longer had to travel to the UK to study Masters degrees.

During his time in Aberdeen, George was a strong supporter of chaplaincy within the UK oil and gas industry. He provided invaluable assistance to the trustees of the Oil Chaplaincy Trust after former chaplain, Rev Andrew Jolly, fell ill. Following his death in 2010, George helped them appoint his successor who is Rev Gordon Craig.

Rev. Craig said: “George was a man who touched the lives of so many with his compassion and humour and I consider it an honour to have known him. I can think of no other who epitomised the word ‘gentleman’ better.”

He left Aberdeen in 2017 to take up the Presbytery Clerk role for the Presbytery of Glasgow. Whilst he was born in Dundee, Glasgow was where he had been raised during his childhood years. George was educated at the University of Glasgow and trained as a civil engineer. He worked with Tayside Regional Council in Dundee before following in his father’s footsteps by entering the ministry.

George was also the convener of the Church’s Legal Questions Committee and served as acting Depute Clerk to the General Assembly in 2014-15.

His funeral took place on 12th January at New Kilpatrick Church in Bearsden. It was led by Rev. Roddy Hamilton who spoke of him as deeply caring minister who was shaped by the churches he worked in. However, he also had a deep love of cars and as an engineer enjoyed taking out the engines. With this engineering mind he solved many of the problems in Presbytery but with a massive dose of common sense and wise counsel. He had a great sense of humour and said to Roddy, ‘Don’t take the church too seriously’ Each time he did that he mentioned he was promoted!

His love for his wife Marian and his son Graeme and daughter Kay was spoken about as a deep love that endured 33 years of a happy marriage.

The Church of Scotland also paid this tribute to George: 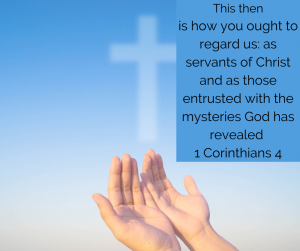