On Sunday 13th June, Rev Irene Charlton, Minister conducted a re-dedication service for the newly restored bell at Aith Church in West Mainland, Shetland. It has been beautifully crafted and restored and moved to its new home.

The bell was originally gifted to the church by Rev W.A. Gillies of Kenmore, Perth and Kinross. An entry in the minutes of the Church Management Committee of 28th Dec 1932 by the deacons recorded this. A united service to commemorate the dedication of the bell took place five months later in May 1933.

Rev, Dr. William A Gillies was Minister at the Kirk of Kenmore in Perthshire from 1912-1949. The bell he donated is thought to date back to 1736 or 1836. His association with Aith Church remains a mystery.

The bell was removed from its original location in the belfry in the 1950s due to safety reasons and only in recent times was discovered by Peter Laurence Fraser, an elder in Aith church. Peter was born in Uphouse Aith in June 1933 and had many years of devoted service to the church, being baptised and ordained as an elder. It was during his duties as an elder he discovered the bell looking somewhat worse for wear. It was Peter’s desire to restore the bell to its former glory, but he sadly passed away earlier this year. 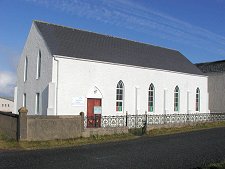 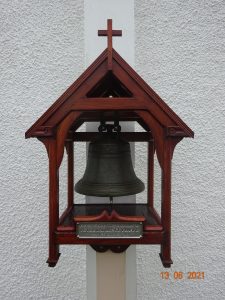 Restored bell gifted to Aith Church in 1932 by Rev Dr. William A. Gillies Minister at the Kirk of Kenmore, Perthshire 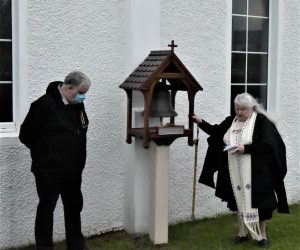 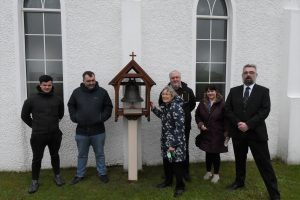 Through the creative vision and skilled hands of Mr. Alan Moncrieff who designed and built the bell’s housing, Peter’s vision of a restored and functioning church bell has become a reality and the generous gift of a former minister is being used again as it was meant to be.

‘The family of Peter Fraser have been so glad to make Peter’s dream a reality. They and all of us, I’m sure regard it as a fitting memorial to a much loved and valued son of this parish’.

The Church of Scotland is pleased to be central to the thriving community of Aith with its history of fish farming, sheep farming and tweed, Fair Isle and lace industries and local crafts and services. The marina attracts many sailing enthusiasts and there is a pier and lifeboat station. Aith was previously a small Norse settlement called Aithing, but now it serves a very wide community with a Junior High school and the West Mainland Leisure Centre. It also has Vementry House where annual summer schools take place for traditional Shetland music and concerts take place in Aith Public Hall.

The church at Aith stands out as a white harled building and serves this wider community. It is surrounded by decorative iron railings and is an excellent example of iron railings in Aith. Thanks to Aith’s talented craftsman, Alan Moncrieff who has expertise in building boats and memorials such as the Shetland Bus Memorial and the Delting Disaster Memorial, the church has the addition of a beautiful functioning bell.

The addition of the newly restored bell ‘ringing in good times’ as we move out of the Covid pandemic, will hopefully attract new members and visitors to Aith church. The bell will be rung before church services providing a clear invitation to all the community. A warm welcome from the church family will be certain! 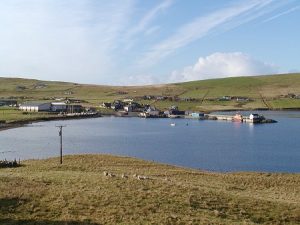 Aith Village from the East 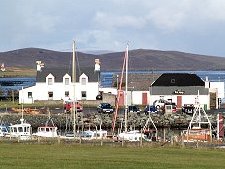 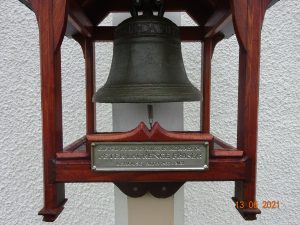