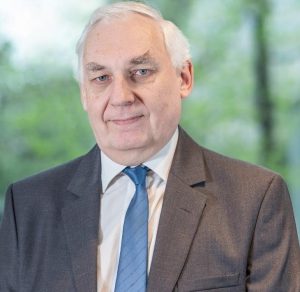 We welcome our new Presbytery Treasurer William Anderson who commenced this role from June this year following Alan Morrison’s retiral. William comes to us with exceptional credentials as he is a qualified chartered accountant and is still working in this role. This includes dealing with his firm’s charity accounts and acting either as an Independent Examiner or as a Statutory Auditor for a number of Presbytery congregations. This enables him to be aware of both sides of the independent examination and auditing processes.

He has lived in Milltimber for over 30 years with his wife, son and dogs and has been an active participant within his local church community, as an elder for 20 years and a treasurer for many more years.

He says, ‘The taking on of the role was not arm twisting from the Clerk but more to have a new challenge, albeit a short term one given the new super presbytery plan. Having acted as Treasurer at Peterculter since the Union with St Peters in 1999 and for several years previous as Treasurer of Kelman Memorial, as well as assisting some other congregations on behalf of Presbytery, the Clerk approached me when Alan intimated, he would be “retiring” from the role. Although I had been asked to assist with some other Presbytery challenges recently this opportunity was one that I found to be an interesting one and one where I hoped that my knowledge and experience could be used to provide a bridge in the interim before the new Presbytery structure is planned to take place. Due to work commitments, I may not be able to attend many additional meetings but I would be able to keep things going in the interim. Since starting the role it has been interesting to see how the various strands come together and the number of funds under Presbytery control that have been received over a very long time’.

William has a busy work and personal life and we hope he enjoys some time off when he likes to travel and especially to indulge in his passion for railways and rail tours!

We thank William for taking on this important role for Presbytery despite his other commitments and look forward to the expertise he will bring in managing our Presbytery finances. 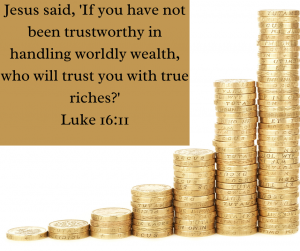