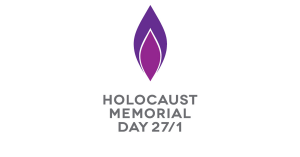 World Holocaust Memorial day was celebrated by a group of people from the Interfaith community in Aberdeen. They came together virtually on Sunday 24th January and recorded their tributes to the many who had their lives taken away from them during the time of the 2nd World War and other conflicts.

Rev Shuna Dicks, Minister at Cults Parish Church (Church of Scotland) and representing the Holocaust Memorial Day Committee, began the reflections. She focussed on the Christian message that ‘Darkness will not overcome the light.’

There were many  contributions from people of different faith backrounds.

Nigel Dower presented the Quaker faith perspective and highlighted the work of Quaker groups after the war.

Desire spoke of the lived experience in Rwanda with civil war and genocide. He spoke of the power of forgiveness as a human rights campaigner.

Caroline Cormack from the Unitarian church spoke about the ‘bridge builders and hand holders’ picking up the threads of humanity in an inhumane world.

Jackie Ware from the Church of Jesus Christ and the Latter Day Saints related a heart-warming story from 1948 of a husband and wife reunited after the war.

Madhav Regmi brought the Hindu perspective focussing on the truths that ‘hurting others is a sin and helping others is meritorious’.

Astrid Benomir from the Brahma Kumari faith practised a meditation.

Alessndra Cecolin from the Jewish community reflected on living in peace.

Phra Dushyantha Wereke (Thitadhammo) spoke about the difference between living in hate and living in peace.

Mervyn Barr, a humanist reflected on love and kindness to other humans and related the story of a friend who refused to shoot refugees disembarking from boats.

Suki Pooni spoke about the 6th Sikh Guru who was taken prisoner and declined his release unless the 52 other prisoners were released with him.

Nisa Maris, a Muslim from Malaysia talked about finding meaning in suffering and the factors of resilience.

Audrey Mellard urged the need to educate our children to have the capacity of spreading light and not darkness into the world.